I had the privilege of interviewing Colum Sanson Regan. Colum was David Tennant's double in several Doctor Who episodes. Besides being an actor, Colum is also an author, musician and family man. 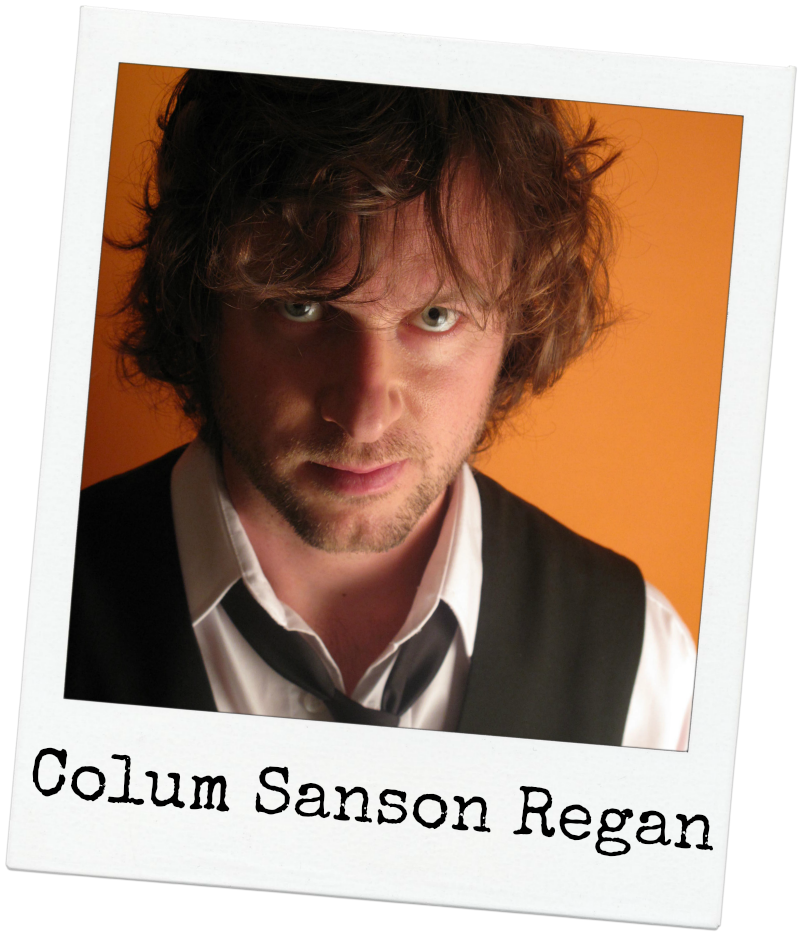 Now grab some tea and enjoy our chat with Colum!
Allons-y!

BBB: Please introduce yourself to our readers and tell us about yourself...
CSR: Hi, I’m Colum Sanson Regan. I’m a musician and author, with a book coming out next year. I have also been a double for the David Tennant’s Doctor.

BBB: Some of us know that you were David Tennant's body double in several episodes of Doctor Who, can you tell us how this came about?
CSR: I was with an extras company and had done a bunch of jobs as an extra. I had already been in the background in a few Who episodes. I got a call for a job and when I got to the set, they gave me the Doctor’s suit and told me I was going to be the Doctor for the day. Tennant had to go up to Scotland due to family issues and they needed someone of a similar build and hair colour to finish shooting the scene. That was in Voyage of the Damned. I did some other bits and pieces throughout the series, and then did a lot in Journey’s End. It was just a case of right place right time, it wasn’t something that I had considered doing. 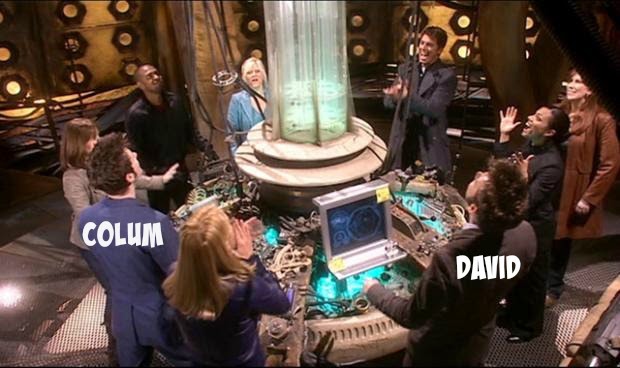 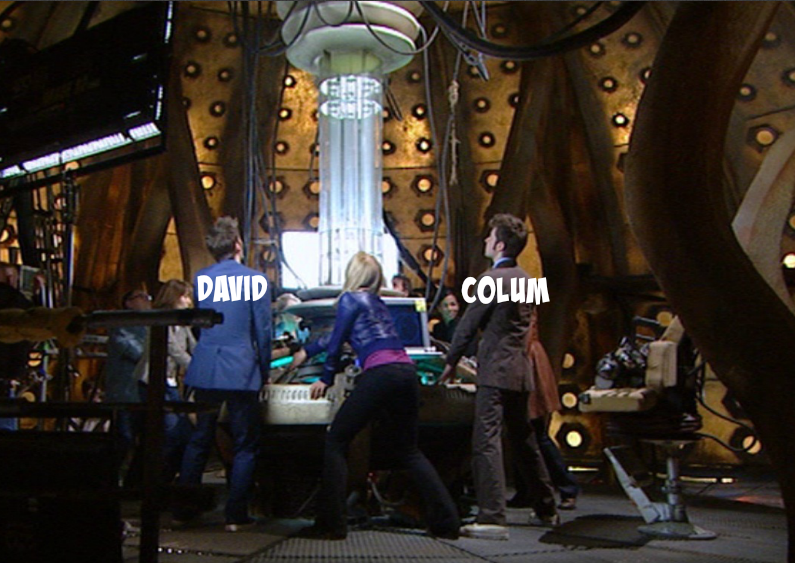 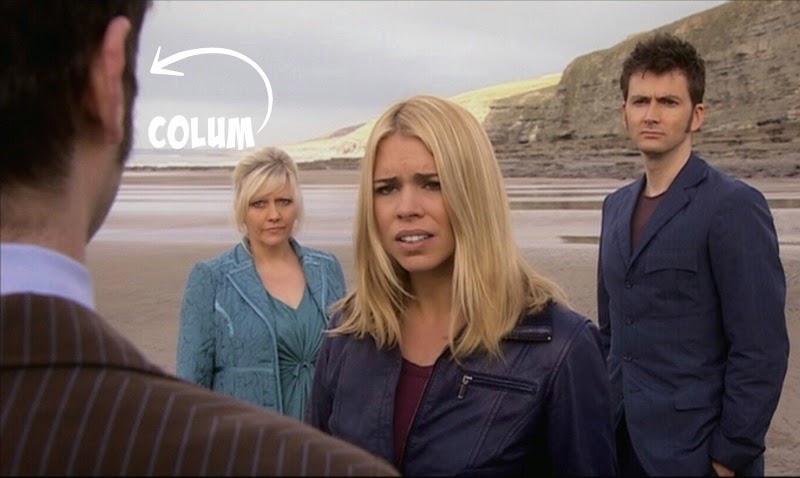 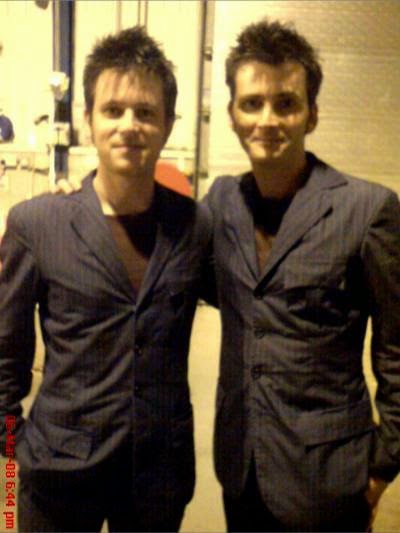 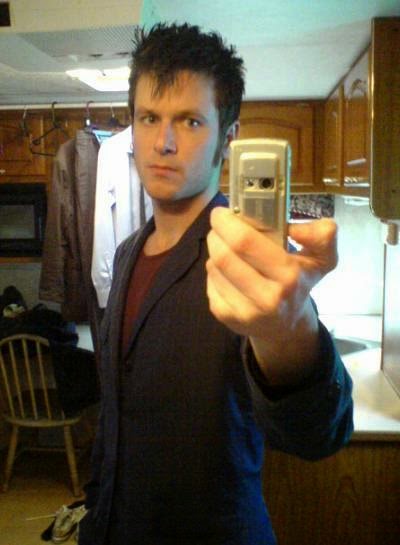 BBB: What was your most memorable moment about working on Doctor Who?
CSR: The whole thing was quite surreal, and it never stopped being so. When the Who plus Torchwood crew were flying the Tardis, that was a lot of fun. There was such a good atmosphere on set, everyone was loving it. There are a lot of individual moments that stick in my memory, being on set late in the evening at the end of a long day with the crew setting up for the last shot of the day, chatting to a Dalek about soul music and hangover cures. Then the crew filled the room with smoke and we got on our marks got ready for a take. There are lots of moments like that which are as strong in my memory as standing on the windy beach while David Tennant and Billie Piper prepared for their final scene.

BBB: You have a novel coming out in March of 2015 called "The Fly Guy", what can you tell us about your exciting first novel?
CSR: It’s a psychological thriller which deals with author who creates a detective character. The detective then turns up in the author’s reality to investigate him. It follows the interconnected stories of the author, the detective, a drug dealer, and an addict. It’s about what slips between the cracks of reality and creation.
* You can NOW ORDER Colum's book on Amazon: 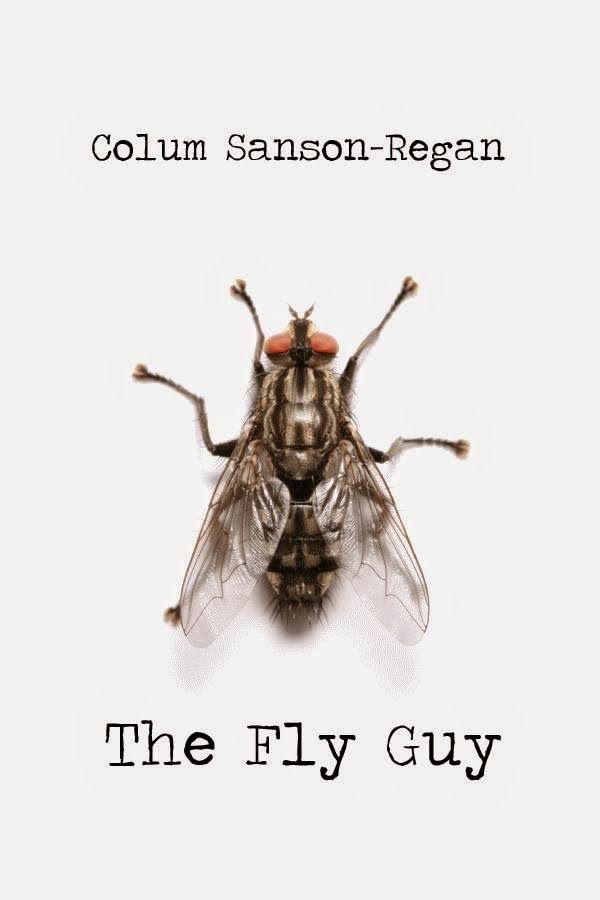 BBB: @EstyJuncal on twitter would like know how you came up with the concept for "The Fly Guy" (and the rest of us would like to know also).
CSR: The idea of a creator losing control of his creation is something that has interested me for a while. I loved reading The Strange case of Dr Jeckyll and Mr Hyde and Frankenstein, and both of these books inspired the writing of this book, as did the works of writers like Paul Auster and Haruki Murakami. When we create are we recreating ourselves and how do we control that process? How much of ourselves can we create and how much can we never change? These are questions which interest me and which I have tried to explore in the novel.

BBB: Along with being a talented author you are also a talented musician, can you tell us when you first became interested in music.
CSR: I have always loved music, and when I discovered I could write my own songs, I was hooked. I started learning and writing songs in my teens, and still enjoy it now as used to then. There is an instant gratification which comes with playing music and singing in particular is a fantastic experience, since you are the instrument. It’s all coming from within you and when you sing with every cell in your body, when every part of you is concentrated on making that single noise, your whole being becomes part of the melody, you can achieve a mind/body harmony that can be addictive. I do think I’m a vocal junkie.

BBB: Back to Doctor Who, you were DT's double for Journey's End, but you were also his double for other Doctor Who episodes, please tell us which ones.
CSR: Well there was that and Voyage of the Damned, those were the two I spent most time in. The other episodes I was involved in as David’s double are, The Sontaren Stratagem, Planet of the Ood, and Partners in Crime. I didn’t appear in all of them though, some of what I did didn’t make it on, and watching them it’s hard to find screen shots. In the last series I appeared as a roman soldier in The Pandorica Opens. I appeared in The Wedding of Sarah Jane Smith in the Sarah Jane Series, also as David’s Doctor double.

BBB: You appeared as Roman Soldier in The Pandorica Opens, how did working on a Matt Smith episode differ from working on a DT episode?
CSR: Well, for one thing I was back on the regular extra gig, and there were a lot of extras on that shoot, so it was less glamorous than the Doctor shoots. I was happy not to be in one of the alien suits since it was so hot. There was a lot of fun between the extras, but also a lot of standing in place for long periods of time while all the tech stuff was done, but that's par for the course being an extra. Matt Smith on set came across as being less confident than Tennant was, there was a lot more conferring with the director about the shots, but then Tennant had really been bedded into the role when I was working close to him.

BBB: Who is your favorite Doctor (we might know this already, but needed to check)
CSR: Yes, predictably its the tenth. Tennant's doctor was a brilliant tightrope between the dramatic and comedic, never tipping into the ridiculous or melodramatic. I think the the core was a great emotional attachment to the character, and because I got to wear the suit.

BBB: Here is a hard question, since you worked with so many of them but who is your favorite companion and why?
CSR: Freema Agyeman was lovely to be on set with, very relaxed and charming and very beautiful. Catherine Tate was the one who created the most fun though. My strongest memory of her is she and David cracking each other up in between takes.

BBB: If you could travel with The Doctor in his TARDIS to any time and/or place, where would you like to go?
CSR: Either a tropical island pre-industry, slave trade and tourism (might have to back a fair while) or this time next year so I can see how my book has done.

BBB: Weevil! Our readers may not know that you have also appeared in Torchwood as a Weevil, tell us about that experience.
CSR: That was night shoots around Cardiff and in an old church in the Welsh valleys. It was hot in the masks and you couldn’t really see much, but racing around car parks and alleys in the night was fun. Especially the nonchalance of night clubbers who saw of us between takes. Nobody made a big deal of it, a bunch of Weevils on the street corner, just another night out in Cardiff.

BBB: It seems you have gained quite a female following on twitter, known as the Columistresses,  if someone would like to follow you socially, where can they find you?
CSR: My author pages are Colum Sanson Regan on facebook and @SansonRegan on Twitter. My music stuff is Colum Regan Music on facebook and Colum Regan on Soundcloud, where you can listen to tracks from my albums, as well as instrumental and unreleased stuff, and even download some for fee if it takes your fancy. 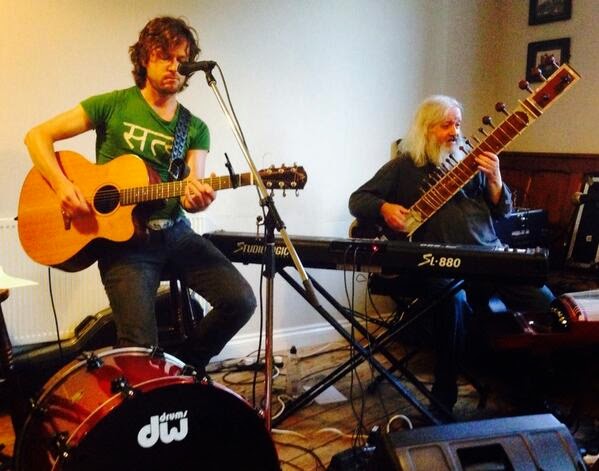 BBB: Do you have any upcoming appearances? Whether, Doctor Who, Book or Music related?
CSR: I gig regularly in Cardiff, both solo and with my band Goose (Goose Cardiff on facebook) and the next appearance I have which is Who and book related is DigiCon in Doncaster, Jan 9-10. I have also just recorded a new song which fans of Who will get a kick out of, which will be available to download soon!
*New song available now! Call The Doctor

BBB: Since series 8 of DW has come to an end (expect the Christmas special) what were you overall thoughts on the series?
CSR: I like the dynamic between Capaldi and Coleman and I think he’s a really good comic actor, and has more gravitas than Matt Smith.  I really enjoyed the ones I saw, I haven’t seen them all yet, but I will catch up.

BBB: Lastly, I hear you have been on with our friend Doctor Squee from Gallifrey Stands podcast, what did you think of his Doctor Who Quiz (he is known as the QuizLord..lol!)
CSR: Well, on the spot I didn’t do as well as I should have, for instance going for Tennant on the jammie dodger question, but it could have been worse. It was fun, I think he took it easy on me.
*You can listen to Colum on Gallifrey Stands Podcast HERE

Just wanted to add this in :) 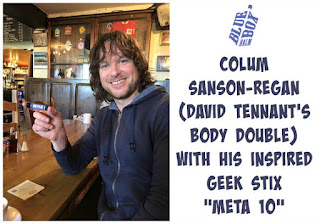 Blue Box Balm would like to say THANK YOU to Colum for participating in our fun whovian interviews!

If you have any questions for Colum, please leave a post and I will make sure that Colum stops by to answer them :)