Welcome to our next InterWho (Whovian Interview)..
I had the pleasure of interviewing Sheila Swartz, so grab a cup of tea and enjoy the read ...
Allons-y! 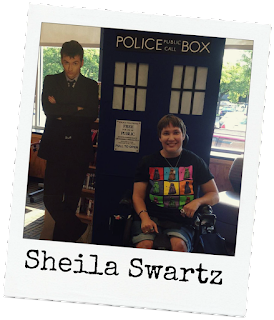 BBB: Please introduce yourself to our readers and tell us about yourself…
SS: Hi! My name is Sheila and I’m 30 years old. I live in the Northwest United States with my wonderful and amazing mom, who takes care of me since I was born with cerebral palsy. I weighed 1 lb., 9 oz. at birth, but I’ve grown a little. . . I teach New Testament Greek for a local Christian study program, and my faith in Jesus is the biggest blessing in my life. I love to hang out with friends; they’ve become accustomed to my quoting Doctor Who at really random times.

BBB: When did you first become a Whovian?
SS: I discovered the show about a year before the 50th anniversary.

BBB: What is your favorite Classic Who and/or New Who episode and why?
SS: I just got caught up on all of New Who, and “Vincent and the Doctor” remains my favorite episode. I saw a few episodes prior to that one while channel flipping one evening; I found the show confusing at first, to be honest! “Vincent” was the one that got me irrevocably hooked on Who. I absolutely love the way The Doctor cultivates people’s ability to impact each other’s lives, whether or not one is aware of it at the time. While Vincent’s end didn’t change, watching him discover his own influence was just so powerful! I also really liked the way Amy encouraged Vincent and accepted him amidst his brokenness. “Bow ties are cool!”

BBB: If you could meet just one Doctor Who cast or crew member, who would it be?
SS: David Tennant. He’s a fabulously versatile actor and seems like a kind, gentle man in real life. I am fascinated by his command of language when he does Shakespeare, and he can bounce back and forth between humor and depth in so many roles. David has inspired me to try recording audio books someday. I also enjoy some music from “The Proclaimers” and have a Converse shoe collection, so we’d have a few things in common. Plus, you know, there’s his epic hair.

BBB: Who is your favorite Doctor and why?
SS: Eleven is my Doctor! Matt Smith was the first one I watched, and he embodies such a delightful mix of physical goofiness and introspective moments. It just makes sense that The Doctor can be protective/strong and yet remain utterly entertained by the world(s) around him. It’s as if he’s a 900-year-old child! The Eleventh Doctor has delivered a lot of great speeches in the series and has a dynamite rapport with River Song.

BBB: Who is your favorite companion and why?
SS: Hmmm. I’m a huge fan of the Ponds, but I think I’d have to choose Donna overall. She’s so sassy and keeps The Doctor on his toes. Her extroverted and outspoken personality makes her such a fun character, and she saves the world a lot, even if she can't always remember.

BBB: If you could travel with The Doctor in his TARDIS to any time and/or place, where would you like to go?
SS: England circa the late 1940’s. I’m a massive fan of authors C.S. Lewis and J.R.R. Tolkien, and I’d love to meet them and observe them critiquing one another’s works.

BBB: Are you in any other fandoms besides Doctor Who? Such as Torchwood or Sherlock?
SS: Honestly, no. Although, I’m pleased with the way “Downton Abbey” has turned out, and I’ve been known to fangirl over the music group “Celtic Thunder.”

BBB: Tell us about your business or hobbies even if it is not related to Doctor Who..
SS: When I’m not teaching Greek, I enjoy studying/using other foreign languages - mostly Irish and Spanish. I also do Irish dance. Since I’m unable to walk, I use the shoes on my hands, previously spending over six years doing classes and performances with able-bodied friends. I also love to read and watch college tennis matches. 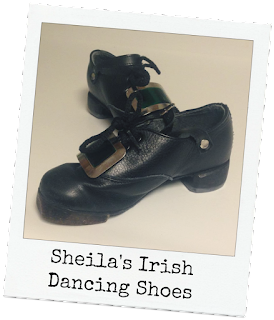 BBB: Is there anything you would like to add before we wrap up this interview (such as conventions you gone to, cast you have met, a collection you have, etc)?
SS: There have been mini conventions at the library, and some people built a life-sized, functioning Dalek named Klaus. The first time I plunger bumped him, he scanned me and said, “My traveling machine is superior to your traveling machine!” I beg to differ. . . 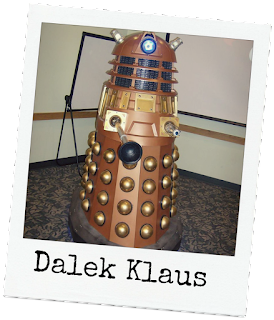 Big THANK YOU to Sheila for participating in our whovian interviews!

If you have any questions for Sheila please comment below..